Monkeypox is a viral disease largely found in Western and Central African countries, a disease now finding its way outside of those borders and into countries around the world. It is a viral zoonotic disease, meaning that it spreads between animals and people as well as between people.

Monkeypox got its name from, well, monkeys! Discovered in 1958 during a science experiment involving monkeys, the first human case was not recorded until 1970. It is not typical to urban areas, a primary reason why the recent outbreaks in unusual areas have caught scientists’ and the media’s attention.

The cases are highest in the Democratic Republic of the Congo, though cases are still recorded in many other neighboring countries. There are two primary strands of monkeypox, one from the Central region and one from the Western region. Cameroon is the only country thus far where both strands are found, indicating a physical divide between where the two unique strands are found.

Monkeypox is related to smallpox, developing similar but typically more mild symptoms in humans. One may, due to similar early symptoms, easily confuse the first signs of monkeypox with the flu. If infected with monkeypox, you’ll likely experience a mix of headaches, increased levels of fatigue, and a fever. These signs of infection can also be similar to smallpox, the main differentiating symptom between monkeypox and smallpox being enlarged nymph nodes. While you’ll experience swelling and tenderness in those areas with monkeypox, those areas will not be as sensitive with smallpox. However, The most identifiable feature of monkeypox is the body rash.

One will typically observe the rash appear on the face, then on the arms, legs, and palms. This part of the process takes weeks to cycle through, with the rash transforming from small to large blisters filled with various bodily fluids. After weeks of the rash taking its final form, it will begin to scab over. The incubation period for monkeypox symptoms can range from as short as 5 days to as long as 21 days.

All in all, monkeypox continues to be an extremely rare virus with low mortality rates. It is typically an illness with mild symptoms, becoming contagious after symptoms appear. 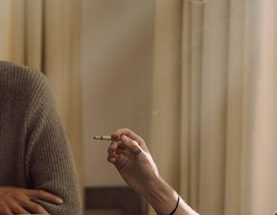