The Grand Canyon. The rolling foothills of the Appalachian Mountains. The waterways of Venice, Italy. The Cliffs of Dover.

Water and ice have helped shape the planet. We have learned to respect it and tried to tame it, but time and again water has proven its dominance.

What chance does your home have against a foe that can sneak inside invisibly, crack open crevices, or smash the house under a massive wave?

The fact is, what are the most important steps you can take to keep your house in good condition for a long time is to protect it from water.

Water’s sneakiest form is as water vapor. Silent, invisible, easily breathed in and out. It seems harmless.

However, water vapor can be a silent killer. In the warm, wet shadows, water vapor collects and lies in wait. Here it traps various pollutants and becomes a potent breeding ground.

Insects and other pests are drawn to the water, out of sight and often away from pesticides.

Perhaps worse, the water vapor collects and breeds mold. While many molds are harmless nuisances, some, like black mold, can be deadly.

Homeowners must do everything in their power to avoid trapped water vapor.

Liquid water is the enemy homeowners are most likely to picture when thinking of the dangers of water. Leaky roofs and windows, or a burst pipe can lead to damage to the wood and other materials forming your home.

Preventing leaks and other intrusions of water is a primary focus. For this purpose we build roofs, construct gutter and drainage systems, build slopes, and waterproof our concrete.

Water can also build up against the foundation of a house. The pressure and the passage of time can force water through concrete, which is porous by nature and only marginally water repellent by nature.

And still, water often finds a way in.

For the vast majority of homeowners, a third, solid water form is also a major concern: ice.

In simple terms, ice is especially destructive because it expands.

Water in liquid form can seep into tiny cracks and be trapped there. Properly waterproofed, water could sit here harmlessly until it evaporates.

However, if it freezes, it poses a threat. This is because water expands when it freezes. This expansion is an undeniable force of nature, and can over time even split rock. A wood roof frame or concrete footer don’t have a chance against this miniature and powerful time bomb.

In pipes, freezing can create a compound problem. The expansion and splitting of the pipe itself is a big problem, sure. The problem gets worse when the split expands and liquid water breaks free from the pipe.

Even if the ice doesn’t split the pipe, it can create a sludge that builds up and prevents water from flowing through your pipes with the desired water pressure.

Every homeowner needs to take precautions against water in all its forms. 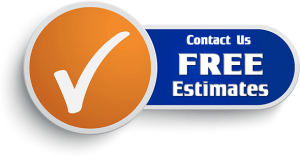